Enerkem achieves all production milestones at its Edmonton biofuel facility 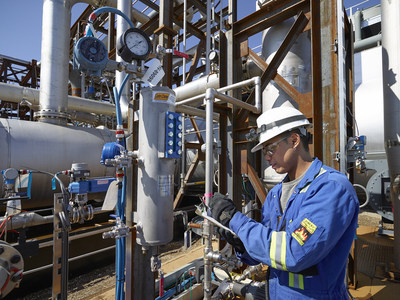 "The Enerkem Alberta Biofuels facility in Edmonton is fully operational in accordance with very rigorous production criteria", said Vincent Chornet, President and Chief Executive Officer of Enerkem. "This third-party validation comes in at the right time as we are expanding our footprint in North America and Europe. Our disruptive solution sets a new standard in waste management, biofuels and chemicals, thus accelerating the transition toward a circular economy where waste becomes a resource to make everyday products."

"We have been impressed with Enerkem's discipline and commitment throughout the process of ramping-up the world's first commercial operation of its kind", said Greg Dimmer, Managing Director IAM Private Debt Group. "As Enerkem's senior lender we look forward to expanding our partnership through future financing opportunities as the company continues to expand its market outreach."

In less than five minutes, Enerkem's technology turns household waste into 99.9 per cent pure liquid chemicals and biofuels. Since the start of production, the Enerkem Alberta Biofuels facility has been meeting the highest quality standards set by the International Methanol Producers and Consumers Association (IMPCA) for the production and sale of methanol. Last year, Enerkem's biorefinery also became the first ISCC certified plant (International Sustainability and Carbon Certification) in the world to convert municipal solid waste into biomethanol.

About Enerkem
Enerkem produces biofuels and renewable chemicals from waste. Its disruptive proprietary technology converts non-recyclable municipal solid waste into methanol, ethanol and other widely used chemical intermediates. Headquartered in Montreal (QC), Canada, Enerkem operates a full-scale commercial facility in Alberta as well as an innovation centre in Quebec. Enerkem's facilities are built as prefabricated systems based on the company's modular manufacturing infrastructure that can be deployed globally. Enerkem's technology helps diversify the energy mix and make everyday products greener while offering a smart, sustainable alternative to landfilling and incineration.
www.enerkemweb.wpengine.com

Exploring opportunities for using #syngas as feedstock in the production of fuels and chemicals: join our Director, Commercial Development in Europe, Alex Miles, in this webinar on Sept 1 organized by @KTN_Chemistry
https://cutt.ly/Jfla1us

Our VP Technology Strategy & Deployment, Peter J. Nieuwenhuizen, presents his views on the importance for the chemical industry to promote a circular economy. Circular chemistry is now moving away away from take-make-waste. And it’s all for the best!
https://cutt.ly/jfqOXON

At the @Enerkem Alberta Biofuels facility in #yeg, household waste gets turned into cellulosic ethanol, a popular biofuel. We're excited to be working together on low-carbon solutions. Check out our teams celebrating the first truckload of ethanol since the start of the pandemic.